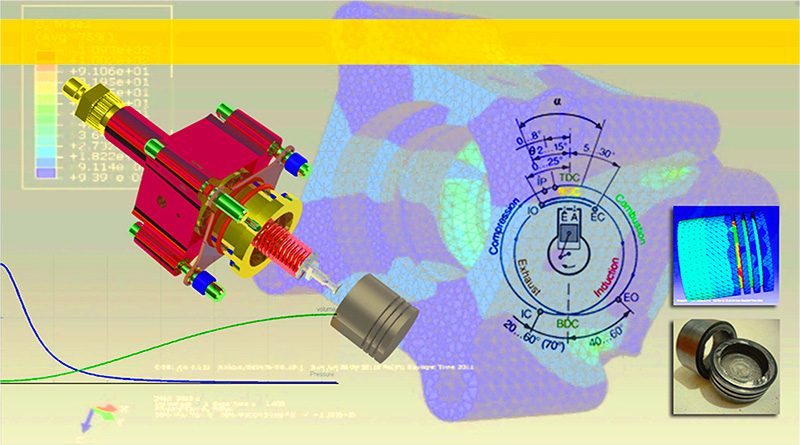 A Brief description of the inventive design of the ASAK Compressive Injection Pump – CIP fuel system:

CIP is a new method for pumping out the fuel and send it into cylinder of diesel engines which is different from other fueling systems substantially in pumping and increasing the pressure of the fuel mechanism. The aim of the design and construction of this fueling system is increase the engine power by removing the Injection pump from engine set because all existing Injection pumps consumes a high power for pumping the fuel.

CIP is the abbreviation of compressive Injection pump. From its literal meaning, we conceive that this system works on the basis of compaction pressure inside the combustion chamber and then it sprays the sending fuel to engine in combustion chamber via electronic controlling by an electric Injection. This system increases the pressure of sending fuel into engine to the point of combustion and achieving the demanded power at the height of the engine. This system of fueling consumes lesser power from engine to increase the fuel pressure than other fueling systems. According to presented calculations, experiments and argument, it can be concluded that If the CIP pump for pumping fuel used in diesel engines, Useful power produced by the engine that transmits to the power transmission system, will improve about 2hp to 3hp . therefor Today, in the automotive industry in reputable companies such as Mercedes, Volvo, BMW, General Motors and so forth, they try if possible to boost the production of internal combustion engines, such as diesel engines even to 0.1 hp. The inventive Injection pump CIP has created the feasibility to not only reducing construction costs, settlement of mechanical wastes, And remove the inertia of the parts (these three cases can be seen in abundance in all designed Injection pumps even the newest generation of them) but also improving the power produced by engine.

Our experts, to demonstrate and gain more confidence in the results, examined engine in case of friction tests. The results showed that the Power dissipation in the motor is 1.734 Kw with main pump in the maximum rate of fuel injection that is 0.03 cc, at speed 400 RPM, but this power dissipation in equal conditions, when the CIP pump on the engine is installed, and main pump removed from the circuit, is 0.7 Kw.

More detailed studies indicate that, in addition to increasing the output power of the engine in brake testing, vibrations of output power when the diesel engine with CIP pump is installed, is significantly damped, which it is considered as a tremendous advantage in diesel engines, and power transmission and consumer systems.

The nominal power of this engine is 5 kW, and the maximum speed is 1700 rpm. After several tests using an Eddy-Current Dynamometers, survey results showed that under identical conditions, the power of engine is 1.5 kW with main Injection pump, but with the pump CIP, this can be upgraded to 3 kW.

1 _ low power consumption of the motor to pumping fuel

2 _ the absence of mechanical losses, inertia in parts and friction

6 _ no mechanical power transmission from the crankshaft

Economic benefits of the pump:

2 _ reduce the cost of manufacturing method

Bronze medal at the International Invention of Germany in 2014

Obtaining recommendations from the Institute of Mechanics, Scientific and Industrial Research Organization of Iran in 2012