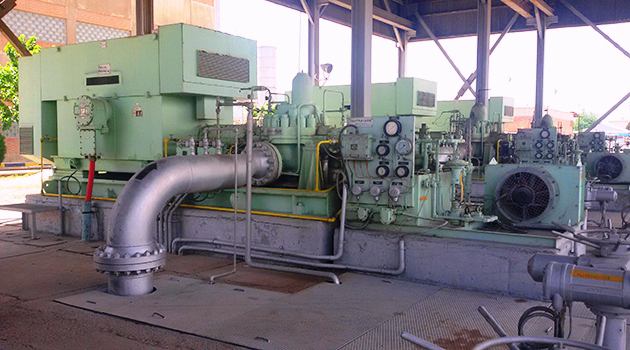 The partnership contraction on design and manufacturing of variable speed coupling with a capacity of up to 2 megawatts of electric power (something around 3000 rpm, torque of 5000 NM) was made between the Company and Iranian Oil Company in 2016 . Therefore according to the contract it was agreed that primarily an industrial sample will be made for transmission power variably with a maximum capacity of 2 MW by the corporation and will be installed in the fuel pump unit.

Another production of ASAK Corporation is variable speed coupling that its designing (design patents) and constructing is made exclusively in ASAK Corporation and there is no similar example of it all around the world. Variable speed couplings which made by foreign companies such as VOITH and ELECON are completely different from ASAK couplings and have their own advantages and disadvantages.

Among the unique features of our coupling can point out following advantages:

Precise control of speed and torque

The reasons of using variable speed couplings instead of the fixed couplings:

Due to variability of consuming fuel (gasoline) during 24 hours of a day in cities, is required to send the petrol with variable flow to pump and fuel distribution stations in the entire of country. If the power transmission system between the electric motor and the pump be fixed, speed coupling type as well as the number of rotation of the pump will always equal to rotation of electric motor and a controlling valve in output door will be used to changing transmitting flow. By closing the flow control valve (to reduce the fuel flow rate) pressure in the pump circuit will rise and efficiency of system performance will decrease sharply but if a variable power transmission system be used (variable speed coupling) for changing the transmitting fuel flow rate then there is no need to fuel flow rate controlling valve instead of it by stabilizing the motor’s rotation we are able to change motor’s speed(the range of zero to one hundred) constantly and as a result the number of rotations of the pump will be proportional to demanding fuel flow rate from consumer and the system constantly performing on its optimized points thereby in addition to reducing wasted energy, the service life of system components will decrease.

In addition VFD (variable frequency drive) can be used to varying the motor speed but VFD systems also have low efficiency and high cost of implementation and maintenance and their life is equal to one third of variable coupling system’s life and takes about 10 cubic meters of space. According to electric car experts of company, changing frequencies for remote controlling by VFD converters is highly destructive particularly to the cores of old electric motors.

Some of the usage of ASAK variable speed couplings:

ASAK variable speed couplings can be used in small businesses (up to 10 KW) to large industries (up to 10 MW) for continuously variable transmissions. Including industrial applications are as follows:

And every part of the industry that needs to transfer constantly and variably.